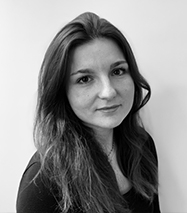 Lina Chillet studied at the University of Paris II Panthéon - Assas where she obtained a Masters in criminal law and security strategies as well as a Masters in judicial careers.

During her graduate studies, she specialized in criminal law and also obtained the Certificate of Criminal Sciences from the Institute of Criminology and Criminal Law of Paris. She wrote a thesis on the statute of limitations for rape cases.

Lina Chillet joined Bonnant partners in September 2022 as a trainee lawyer after having trained amongst the french criminal law firm Vey & Associés.

She has worked for the French National Assembly in the Constitutional Laws, Legislation and General Administration of the Republic Committee.

Her areas of specialization are criminal law, white-collar crime and international criminal assistance.