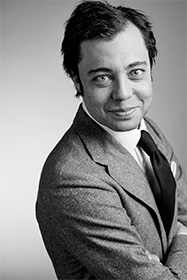 After obtaining a Bachelor, a Master, a Certificate of transnational law and a Certificate of advanced studies in the legal profession, Me Karim S. Ramadan accomplished the first part of his internship at the Geneva Court of First Instance (Civil division) and completed it in 2014 in a Geneva-based  law firm.

He passed the Geneva Bar in 2016, and then worked as an associate lawyer in a law firm in Geneva.

Me Karim S. Ramadan subsequently obtained an LL.M in American Law, with a focus on an International Business Practice, from the Boston University School of Law.

He joined Bonnant & Partners in 2017 as an associate lawyer.

His main areas of practice include criminal law and white-collar crime, international assistance in criminal matters, dispute resolution and commercial and banking litigation.

He mainly practices in French and in English.